Teatru Astra has announced the principal cast for the upcoming musical Evita scheduled for this March. Evita follows the tour-de-force experience in Grease last April – the first ever-live musical produced at Teatru Astra.

Cathy Lawlor will star in the iconic role of Eva Peron opposite the local tenor and actor Joseph Zammit in the role of Che and renowned actor Edward Mercieca in the role of Juan Peron.

Evita, composed by Andrew Lloyd Webber’s and written by Tim Rice, narrates the story of Eva Peron, wife of Argentine director Juan Peron. The score is highlighted by favourites including “Don’t Cry for Me Argentina”, “On This Night of a Thousand Stars” and “Another Suitcase in Another Hall”.

Cathy Lawlor, who will be interpreting the role of Eva Peron, graduated from the Conservatory of Music and Drama, Dublin having studied voice under Edith Forrest.  For the past six years Cathy has been a singing teacher, vocal coach for pantomimes and musicals as well as a freelance project manager for the arts and culture sector in Malta. She has most recently performed the role of Juno in the Teatru Manoel Youth Opera production of Orpheus in the Underworld.

Che will be interpreted by Joseph Zammit who has been exercising his profession as an actor and tenor for the past nine years, both in Malta and abroad. He has performed in several operas, including the roles of Monsieur Vogelsang in ‘Die Schauspieldirektor’ and Pluto in ‘Orpheus in the underworld’(ToiToi), while also taking part in various musicals, most notably, Blue Woodward in ‘The Great Big Radio Show (MADC),  Alessandro in ‘1565 Concert’ (Masquerade),  Fyedke in ‘Fiddler on the Roof’ (FM Theatre) and Jamie in ‘Last 5 Years’ (Masquerade). Joseph has been studying voice under soprano Andriana Yordanova for the last seven years.

Better known for his roles as Pantomime Dames, Edward Mercieca (Juan Peron) has been involved in a wide range of theatrical genres and styles. He is a veteran of Shakespearean productions, Pantomimes, Musical Theatre and straight drama. Roles have included, Blunt in The Lying Kind, Tevye in Fiddler on the Roof, Sir Toby Belch in Twelfth Night, Parolles in All’s Well That Ends Well, Bottom in A Midsummer’s Night Dream, Robert in Pinter’s Betrayal, Colonel Melkitt in Peter Shaffer’s Black Comedy, Billis in South Pacific, Howard in Fat Men in Skirts and for FM Theatre Productions, Eric in the 60s musical, A Slice of Saturday Night, Cadwallader in Look No Hans!,  Billy Flynn in Chicago, The Narrator in Side By Side By Sondheim, Charlie Conlon in Stones in His Pocketsother as well as Charlie in Edward Albee’s Seascape. For the past fourteen years, Edward has also been involved in the international film industry mainly as main casting director for international films filmed in Malta.

The artistic team leading this production is spearheaded by Mro Sigmund Mifsud, the production’s musical director and Chris Gatt and Jean-Marc Cafa’ who are sharing artistic direction duties. Mariella Spiteri Cefai is the chorus mistress, Julie Zahra the vocal coach and Christabel Bajada will be leading the choreography of this musical which has also featured on the big screen in 1996 when the celebrity Madonna interpreted the title role with Antonio Banderas as Che.

Teatru Astra’s 40 – strong children’s choir, Piccole Stelle will also feature in Evita, a musical which has topped box-offices since it was first produced in London’s West-End and Broadway in the late 1970s.

Evita, a production of Teatru Astra with the support of Studio 18 and the Ministry for Gozo will be staged in Victoria Gozo on Saturday 25 March 2017 and Friday 31 March 2017. Online booking is available on www.ticketline.com.mt. Tickets are available from Teatru Astra. Other booking enquiries can reach the theatre on [email protected] or 00356 99021591. 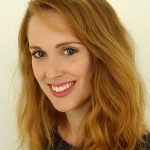 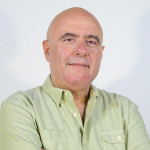 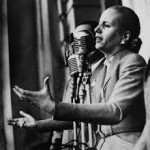 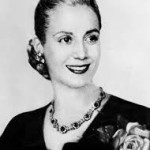