TEATRU ASTRA GETS ON THE SISTER ACT ONE MORE TIME

Teatru Astra is happy to  announce it is adding one more performance  of its next hit musical, ‘Sister Act’.

Coming just  weeks before it West End Revival, Sister Act now opens on the 19th March with three more shows on the 20, 21 and 22 March.

Sister Act is the fifth consecutive musical at the Astra, and will once again be produced by the creative team who spearheaded the recent successes such as  Joseph and teh Amazing Technicolor Dreamcoat, Evita and Grease.  It will also  be led by some of the finest musical theatre performers in the country.  Dorothy Bezzina  takes on the role originally conceived  by  Whoopi Goldberg. The cast also stars Maxine Aquilina, Pia Zammit, Joe Zammit, Fabian Galea and Edward Mercieca amongst others.

With music by  Alan Menken, the composer of  The Little Mermaid and  Beauty and the Beast, and a laugh out loud story, this is one musical you definitely  don’t want to miss! 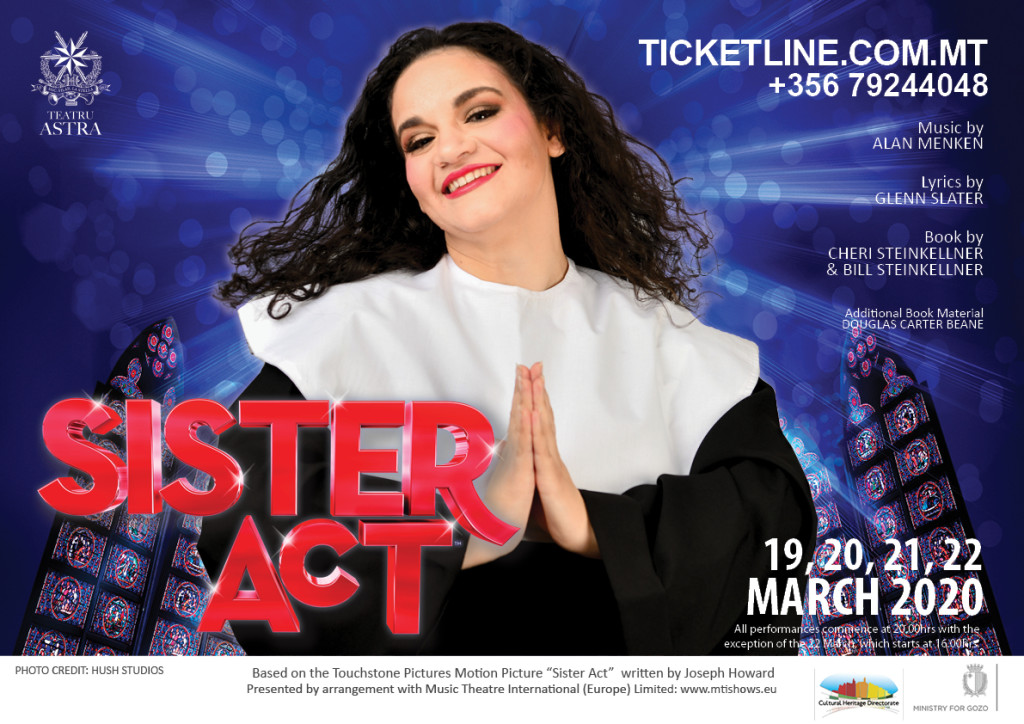