Teatru Astra has today formally announced to the media the production of its first-ever live musical, Grease, during a press conference held at Charles Grech Cafe in Republic Street Valletta in the presence of the Hon Anton Refalo, Minister for Gozo.

The musical Grease at Teatru Astra will present a unique blend of Gozitan and Maltese artists and the casting was preceded by an audition process which was carried out earlier in February.  Mro Sigmund Mifsud, musical director of Grease spoke of the window of opportunity Teatru Astra is presenting to the local artists, singers and performers in the forthcoming production of Grease, which, despite being a first experience in the musical genre, promises to be a high calibre production.  He expressed words of praise for the commitment of the Theatre’s administration in continuing to venturing in large-scale productions and also for the dedication of the talented production team and cast.

Chris Gatt, artistic director of the musical explained that Grease is regarded as one of the most popular musicals of all time, and one of the longest running productions in Broadway, it propelled  John Travolta and Olivia Newton-John to worldwide popularity. The musical is set to capitalise on the talent and theatre craft that have been tried and tested to success in Astra’s recent history and will potentially create a new framework for the production of more musicals in the future.

Dr Anton Refalo, Minister for Gozo, registered recognition of the efforts of Teatru Astra in making Gozo a destination of quality through high-level theatre productions. He augured that Teatru Astra consolidates and leverages on the reputation gained over the years in the production of the opera to the benefit of this new project which benefits not only Socjeta Filarmonika La Stella and Victoria, but the local artistic and commercial community at large.

Michael Formosa, Administrative Secretary of Teatru Astra highlighted that Teatru Astra, in the production of Grease, is marking another yet important milestone in its history, and fits in the run-up to the marking of an important historical landmark, the 50th anniversary from its opening, in 2018.  He reiterated that Grease is yet another venture underpinned by a strong voluntary element, and expressed confidence that the enthusiasm and momentum of all those involved in Grease will consign to the public an electrifying production.

Mr Stephen Ellul, General Manager of Charles Grech Co Ltd stated that the company is proud to support the production of Grease in Gozo, which is an excellent addition to the local cultural calendar and the cast line-up, which includes Kevin Borg and Maxine Aqullina promises to be a formidable rendition of this even-favourite Broadway musical.

Grease, a production of Teatru Astra with the participation of Studio 18, will be staged in Victoria on Saturday 16 April 2016 at 20.00hrs.

Online booking is available on www.ticketline.com.mt.  Reservations can also reach the theatre’s help desk on [email protected] or +356 99021591.  Tickets are also available for sale from the Charles Grech outlets in Valletta and Birkirkara.

The production is supported by Charles Grech Co Ltd, General Soft Drinks Company Limited, the American Embassy and the Gozo Cultural Council within the Ministry for Gozo 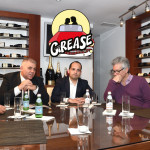 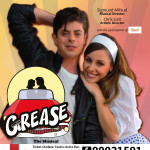 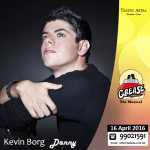 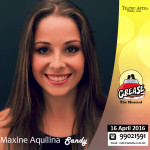 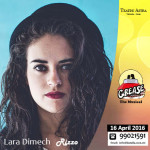 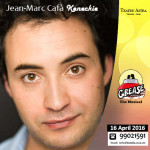 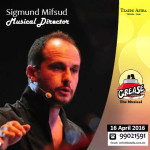 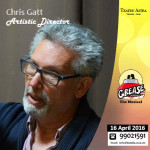