“What a stupendous show a big well done to all for the first class presentation of Jesus Christ Superstar. It was amazing from start to end including sound and all. A big well done once again and keep them coming”

“It was a fantastic show… really and truly professional…loved every minute! A big well done to all”

“So glad we decided to attend this show at the very last moment. An amazing show with highly professional singers and musicians.”

“Well done all the Cast….London Westend Standard…..Thank you all…I can understand the efforts to come up with a production of this sort…KEEP IT UP”

These are some of the comments we received on our social media following the three representations of Jesus Christ Superstar on the 24 and 25 March and 1 April 2018, our 50th anniversary production which will be remembered for a long time.  The all-time favourite musical by Andrew Lloyd Webber and Tim Rice was directed by London-based Hugh Wooldridge and the conductor was Mro Sigmund Mifsud.  There is no doubt that with this production Teatru Astra reached new heights – a production which will definitely be considered another jewel in its crown.  Jesus Christ Superstar follows the production of Grease in 2016 and Evita in 2017.

The jam-packed theatre for the three nights and the standing ovation received by our peformers confirm that the production was indeed of a high level, which is not easily achieved on a small island like Gozo considering the limitations of its economies of scale. This is without doubt a monument to the combination of professional, semi-professional and voluntary work, without which such production would be undreamt of.

From this page we would like to thank Mr Hugh Wooldridge for his expert input and who definitely raised the bar for us all at Teatru Astra with his artistic direction, and Mro Sigmund Mifsud whose name is fast becoming synonimous with our theatre and its musicals.  We do not want to miss anyone in our thanks and thus are creating a link to all the cast involved, on stage, backstage and the administration. This was a huge success because every input counted from the very first name till the last.  These are the people who made this musical a huge success.

Congratulations to the production team of this musical, led by Michael Formosa, whose members believed in its success.  It was not easy, but the hard work on it since last August has paid its fruits. 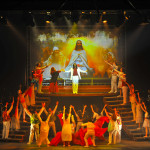 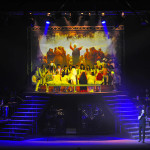 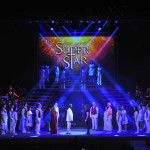 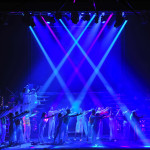 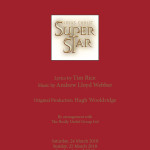