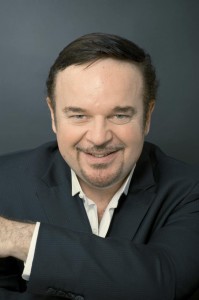 Enrico Stinchelli and I agree on one thing, amongst others, namely, that opera is not for the faint-hearted.  Or perhaps it is, we joke, for there is no other art form that portrays more swooning, fainting and a general debilitating of the body and the psyche than opera!  Not only a Violetta is susceptible to these moments of impropriety, but even a fearsome Nabucco surrenders to the fate of the gods, albeit momentarily, and a terrifying Otello ends up bereft of his senses.  Opera singers have a supreme gift for making of brinkmanship a fine art!

Enrico Stinchelli, the well-known personality in the world of opera whose captivating programme La Barcaccia (www.radio.rai.it/radio3/barcaccia) is celebrating its 25th anniversary this year, is once again entrusted with the production of Otello at Teatru Astra on Thursday 24 and Saturday 26 October.  I sense that his enthusiasm for this project is palpable and he reminisces on a previous Otello he produced a few years ago, one which toured Bulgaria, Switzerland, Hungary and Japan.  As he sees it, Otello is a must for any director, in much the same way a Hamlet or a King Lear is for a professional actor worth his salt.

We dwell for a few moments on the perplexing irony that despite Otello  being an unequivocally beautiful opera, with ravishing melodies and stunning choruses, it is not as much performed as one would expect.  Stinchelli says this is because Otello is a very demanding work for the protagonists, musically and psychologically.  Otello’s role (Maizuradze Badri) can ruin a singer vocally, one that asks for a robust and powerful texture but which is also capable of singing pianissimo, reaching a high C in the third Act!!  Contrary to expectation, Jago (Alessandro Paliaga) is a suave character, exuding charm and refinement, with a voice that barely exceeds a mezzo forte dynamic intensity apart from the Credo.  In fact, many baritones misinterpret the role and end up blasting their way right through the part!  Desdemona’s role (Miriam Cauchi) is a mix between a lyrical one that encroaches on the dramatic in the last Act, not an easy balance to strike!  The orchestral score is symphonic and the first act is a ‘cavallo di battaglia’ for the chorus.  Apart from this, like similar Shakespearean tragedies, most notably Macbeth, Otello is a closet tragedy in that so much happens on an intimate level with most of the dramatic intensity developing in small, secluded spaces like a bedroom.  Comprehensively, then, fear of Otello is more than understandable!!

We spoke of liberties taken with the Shakespearean text, with omissions and additions that have raised more than the proverbial eyebrow over the centuries, such as the insertion of an unbelievable Credo (pun intended).  Enrico agrees that the stark omission of the First Act attests to the desire on the part of Verdi to name the opera Jago instead of Otello.  In fact, the presence of this diabolical figure is ubiquitous and his final cry of outrage “No” is a negation not only in grammatical terms but one that acts as a blasphemous Amen to a perverse Credo.

On a personal note, Enrico is delighted to find himself working once again with the team of volunteers at Teatru Astra.  For Enrico, working at the Astra is making Art at 360º, as he puts it.  Trying to tease out some indications as to how the production will be like, Enrico looks mischievous and, while not wishing to divulge all the secrets of his trade, he does say that it will be the most spectacular of his productions so far at the Astra.  Remembering his Norma and Madama Butterfly, this news is enough to send opera lovers into paroxysms of expectation!  He does let on that he will be using the almost forgotten ‘Ballabile’ of the Third Act, a wonderful piece of music that is hardly ever performed.  He also whispers that a big ship will sail on stage.  He stops there … but not before affirming that a combination of technological innovation and subtle and intelligent use of lighting combined with traditional expectation is a recipe for success in the world of opera.

I left with more than a conviction that once again opera lovers are in for a spectacular and aural treat!  While the stage will end up littered with dead bodies (and this not because of excessive swooning) opera lovers are promised all the ingredients which will make them leave the theatre full of life!

Otello, conducted by Joseph Vella, will be staged at the Teatru Astra, Gozo, opening this year’s twelfth edition of the theatre’s annual cultural Festival Mediterranea.

Booking is open.  Contact the festival’s helpdesk on 21550985, 79256897 or email [email protected] .   Regular updates will be uploaded in the coming weeks on the festival website www.mediterranea.com.mt. 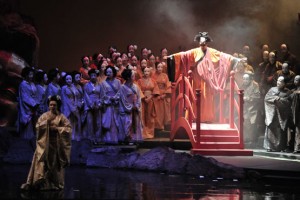