THE TEATRU ASTRA MUSICAL IS BACK!

And this year we are celebrating the 50th anniversary of Joseph and the Amazing Technicolor Dreamcoat.

It seems like only yesterday when Andrew Lloyd Webber and Tim Rice collaborated on the first of three ground-breaking musicals.

And this March, the Astra will have performed the hat trick of presenting all three in succession.

Following the success of Jesus Christ Superstar and Evita, join us for this fun-filled story of Joseph and his multi-coloured coat.

With a cast of fifty led by Chantelle Micallef Grimaud as the Narrator and Thomas Camilleri in the lead-role of Joseph, as well as a special guest appearance of Chris Dingi as Pharoah, this promises to be a spectacular production directed by a master in musical productions, Chris Gatt, with dazzling sets and costumes, an eclectic band led  by Maestro Sigmund Mifsud, exciting choreography by Francesco Nicodeme and electrifying singing led by Mariella Spiteri Cefai.

Join us as we celebrate 50 years of Joseph and The Amazing Technicolor Dreamcoat. 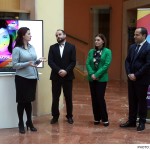 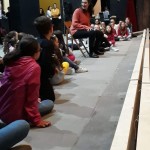 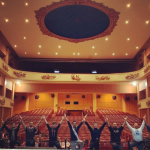