A WORLD-CLASS PRODUCTION OF JESUS CHRIST SUPERSTAR AT TEATRU ASTRA

Teatru Astra has announced a brilliant cast for its upcoming 50th anniversary production highlight – Jesus Christ Superstar.  The everlasting rock-musical will be directed in a brand new production by internationally-acclaimed director, Hugh Wooldridge, a veteran master who has a close-collaboration with the show’s authors, the household names in musical theatre, Andrew Lloyd Webber and Tim Rice.   Mro Sigmund Mifsud will again be leading this third musical at the Astra.

This world-class production of Jesus Christ Superstar will harness and showcase both local and international talent, and will be backed up by the resident backstage team at the Teatru Astra.  Indeed, Wooldridge’s experience, with a multitude of international productions under his belt, will ensure this production will fittingly commemorate the 50th anniversary of Teatru Astra.  Wooldridge says “I am so happy to be asked to work with the people of Gozo and Malta on this exciting new production as it is a brilliant spectacle that appeals to young and old and tells a story which is particularly appropriate to the dates of the performance.”

Tim Rice says that Jesus Christ Superstar is “the last seven days of Jesus of Nazareth as seen through the eyes of Judas Iscariot”.  Loosely based on the Gospels, the plot also explores the tumultuous relationship between Christ, the Roman occupier and the Jewish people.

The role of Jesus will be played by the hugely talented and celebrated American actor and singer, David Michael Johnson (DMJ).  DMJ has appeared on Broadway and was a regular performer at New York’s Radio City Music Hall.  He has also appeared in numerous international performances directed by Hugh Wooldridge including The Music of Andrew Lloyd Webber, Chess in Concert  (Royal Albert Hall, London), An Evening with Tim Rice (Barbados and London) and The Night of 1000 Voices concert series also at London’s famed Royal Albert Hall.  In Europe he has been seen in We Will Rock You and Stage Entertainment’s Best Of Musical Gala Tour.

Resident rock star Chris Grech will play Judas.  Grech is known for his outstanding voice and is no stranger to the local music scene, having appeared in numerous Rock and Metal performances.  This is the first time Chris has played Judas – having always played Jesus – and he is excited to be a part of this stellar production.

Rachel Fabri will play the role of Mary and it will surely be another highlight in her glittering career.  Trained in the UK, Rachel has been performing around the globe for 17 years.  Her performances include many sell-out appearances in the UK and the United States whilst she was one of the sensational all-girl group, All Angels.

Roger Tirazona will play Pilate and given his impressive international career with awards hailing from Europe and Asia his performance will certainly be one to remember.  Roger’s credits include performances in Shakespeare as well as the musicals, Fiddler on the Roof, The Sound of Music, The Scarlet Pimpernel, The Secret Garden and more recently Les Miserables in concert and The Phantom of the Opera.

Remy Azzopardi, a young local artiste, will play Peter, who denies Jesus three times in the chaos that follows the arrest of Christ.  He was specially chosen by Hugh Wooldridge because of his vocal qualities.

Other local performers include Wallace Camilleri (Anna), Fabian Galea (Priest) and Noel Galea (Caiaphas), who play the Jewish priests who perceive Jesus as a threat to their power.  King Herod will be played by another local favourite, award-winning comedian and actor, Christopher Dingli

Jesus Christ Superstar is supported by the Ministry for Gozo and the Valletta 18 Foundation and will be staged in Victoria on Saturday 24 March 2018 and Sunday 25 March 2018.

Online booking is available at www.ticketline.com.mt. Tickets are also available from Teatru Astra. Booking enquiries at [email protected] or 00356 99021591. 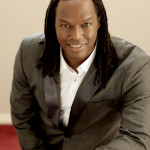 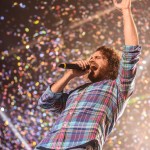 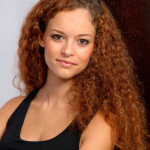 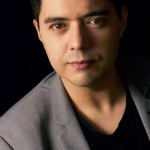 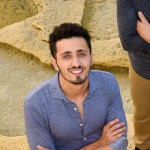 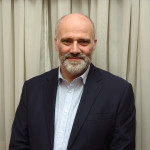 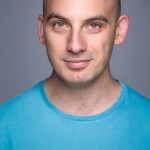 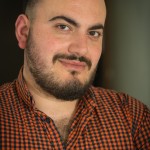 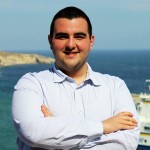