Teatru Astra has recently appointed Ms Mariella Spiteri Cefai as its new opera chorus leader. Mariella, a well-known personality in the local music circles, has been actively involved in a number of musical and opera productions at Teatru Astra.

Since the successful introduction of musicals at Teatru Astra in 2016, she has ably fulfilled the role of vocal and assistant musical director of Grease, Evita, Jesus Christ Superstar and the most recent Joseph and the Amazing Technicolor Dream Coat. Mariella has also an extensive experience in opera, through her role in the Teatru Astra Opera chorus since 1994. She led the children’s chorus in Otello (2013) and La Boheme (2014).

Mariella is a B.Ed. (Hons.) graduate in Music and Primary education and also holds six diplomas in pianoforte performance and theory of music from the London College of Music and the Trinity College of Music. She performs extensively as a soloist and musical director of a number of ensembles.

The forthcoming opera, Il Tovatore, which will kick start the eighteenth edition of Festival Mediterranea on the 24 and 26 October, will be Mariella’s first act as Teatru Astra Chorus Leader. The opera will be conducted by Teatru Astra’s resident conductor, Mro Dr John Galea.

Teatru Astra would like to express its gratitude to Dr Maria Frendo for her sterling service in the role of opera chorus mistress for past 30 years. 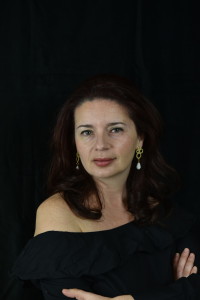